Explore the Polar Bears and Wildlife of Svalbard

A rare chance to spot the ‘King of the Arctic’ is one of the many reasons people come to Svalbard. It’s one of the top locations to spot polar bears in the world, although there are plenty of other reasons that draw people to the archipelago. Whilst there are no official polar bear tours or safaris, a great way to encounter them in the wild is by joining one of our expeditions. 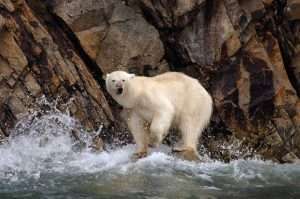 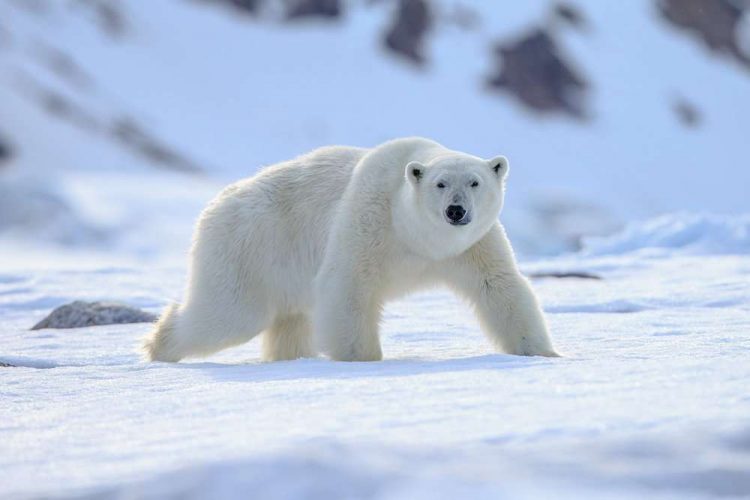 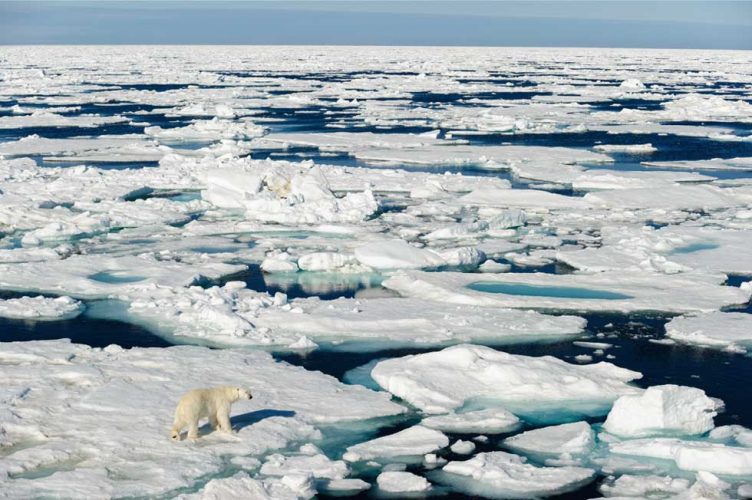 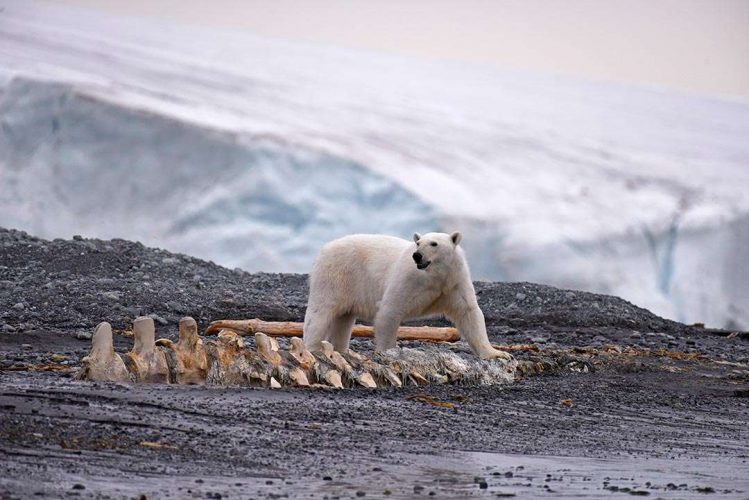 The closet we offer to an official polar bear tour of Svalbard is an in-depth cruise on a small expedition with 12 guests to explore the wildlife and natural scenery of Svalbard. You can find out more bout our wildlife cruises here.

One of the best places to encounter the polar bear is Spitsbergen, the largest island on Svalbard. We have to respect and take care of this dangerous Arctic predator. The best way to see the bears is from the comfort and safety of the vessel.

What is the best way to see a polar bear in the wild?

With it’s stunning, glaciated, Arctic landscapes – it’s easy to see what makes Svalbard one of the best places on earth to see polar bears. Our expeditions take just 12 guests and give you the perfect, one-off opportunity to see these magnificent creatures roaming in their natural habitat from the safety of a small ship. Whilst we can never guarantee a sighting, we do frequently encounter polar bears on our voyages.

It’s not possible to predict exactly when you might spot a polar bear. But we do run our tours between April-August, and the chances of seeing polar bears are higher in the summer, from May onwards. This is because the ice has melted enough for ships to pass, making it easier to access the coast where polar bears hunt on the ice and in the sea. It’s also the season of 24-hour daylight, which definitely helps visibility!

Another thing no one can guarantee is decent weather conditions or still waters. But, in calm conditions, our small vessel is perfect for getting right up to the edge of the sea ice.

If witnessing a polar bear in the wild is your top priority, then the length of your trip is as important as the timing. There is a better chance of spotting them on longer trips, so factor that into your planning. But of course, the polar bear isn’t the only important wildlife on Svalbard. It’s also home to walruses, reindeer, Arctic foxes, and an abundance of bird species.

Our small-group trips are designed to have a minimal impact on this beautiful place and its wildlife. All of our encounters with polar bears follow strict Association of Arctic Expedition Cruise Operators (AECO) guidelines so that we don’t cause a disturbance to wildlife.

A polar bear in Svalbard by Rick Tomlinson. You can join a photo tour of Svalbard with Rick here.

There are around 3000 polar bears living on Svalbard in the Barents sea. Although we can’t guarantee a sighting on any given expedition, we are regularly lucky enough to see these majestic creatures. Sometimes known as the ‘King of the Arctic’, the polar bear is the largest bear species in the world.

Adult polar bears grow to between 180-260 cm in length. Males can weigh between 300-700 kilos, while females weigh half the size, between 150-300 kilos. But their weight varies drastically depending on the seasons, particularly with female polar bears that can double their weight between spring and late summer.

Polar bears roam freely on Svalbard but spend much of their time on the sea-ice, hunting ringed seals, bearded seals, harp seals. Their diet also includes seabirds, swiped bird eggs, and even the corpses of dead whales. Unlike other marine mammals like walruses, polar bears are solitary, apart from mothers who spend about two years with their young, and male-female pairs during mating season. During particularly rough weather, polar bears hideout in temporary dens for days, and even weeks at a time.

There is a low density of bears in the west of Spitsbergen. But, higher numbers can be found along the east coast, and in the fjords to the north. Polar bears hunt at north Spitsbergen glacier fronts in spring where there are plenty of ringed seal lairs.

A polar bear hunting on the sea ice in Svalbard by Chase Teron. You can join a photo tour of Svalbard with Chase here.

Why there are no official polar bear tours in Svalbard

Polar bears are an endangered species and have been protected by international law since 1973. Because of their protected and vulnerable status, there are no polar bear safaris on Svalbard. However, they can be spotted across the archipelago, and the only way to see them safely is by joining expeditions with trained guides. Visitors are warned not to leave settlements without a guide. They roam across the archipelago during the winter and can travel for hundreds of miles. But, they spend most of the summer following the sea ice in the north-east most commonly on Spitsbergen. They don’t just travel great distances on land, polar bears are also strong swimmers – paddling with their front paws for further than 50 miles (80 km). You might see one close to the fjords and bays where they have a good chance of catching prey.

So, cruising the archipelago over eight to ten days offers a decent chase of seeing polar bears, along with other wildlife like walruses, whales, and Arctic foxes. Although polar bears can be extremely dangerous, lethal attacks are rare, with very few recorded since the 1970s, but they do occasionally wander on to settlements like Longyearbyen which is why there are important safety measures in place for tourists and locals.

Sadly, polar bears have more to fear from humans. Their habitat is under threat due to climate change. But, there is important work being done to protect them, and Svalbard is one of the few places in the world to be recognised as a certified sustainable destination by Green Destination.

Work to protect them isn’t new either. In 1973, all countries that are home to wild polar bears including Norway, Canada, Greenland, Russia and the U.S.) signed The International Agreement for the Conservation of Polar Bears and Their Habitat with the aim of ending the decline in polar bear populations and protecting the cultural hunting traditions of indigenous peoples.

More recently, in 2001 the Svalbard Environmental Protection Act was passed, which prohibits baiting, disturbing, and encounters that may impose harm to the local polar bear population. This act also restricts or prohibits travel to high-density bear areas, which is safer for polar bears and humans, and stops over-tourism. All of this combined action has helped Svalbard’s population to recover in recent decades, and money generated by ecotourism can help fund more conservation.

Getting to come and polar bears in this incredible place is a real privilege, and for many, a once in a lifetime opportunity.

Join a wildlife expedition to Svalbard