Ultimate Guide to the Rule of Thirds in Landscape & Wildlife Photography 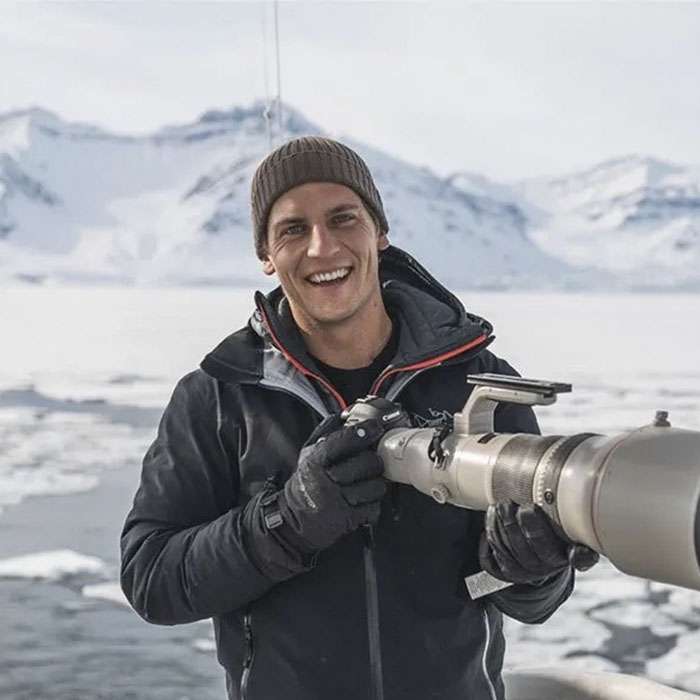 Chase is a Canadian environmentalist, adventurer and photographer. He has travelled extensively across the Arctic in search of the perfect shot. He is passionate about conservation and teaching photography. 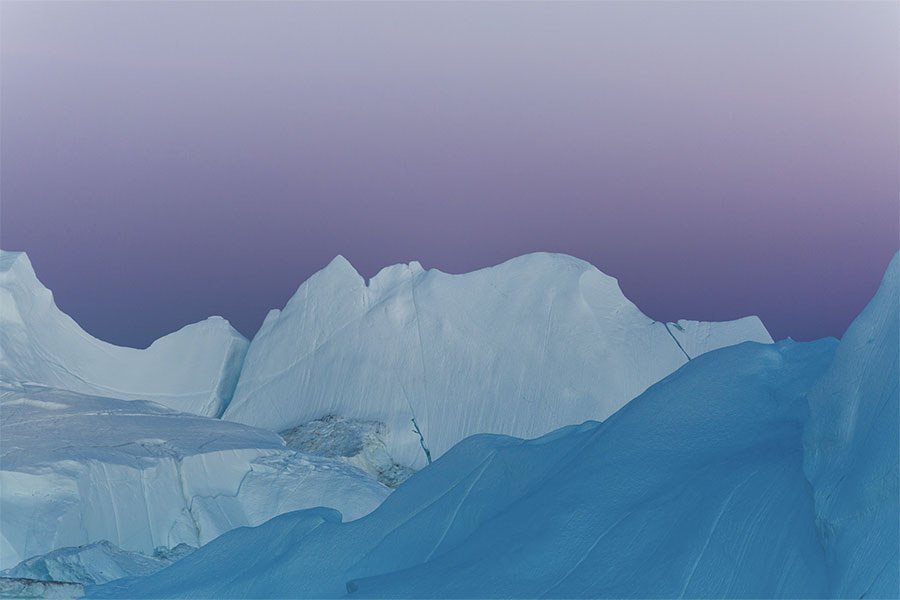 Even though the Rule of Thirds is the first thing photographers learn in photography, it’s one of the rules that gets missed or forgotten as new photographers get out in the field. There’s a little sense of panic when it comes to actually putting rules into practice as there are camera settings to manage and those become the priority. I see it all too often, where photographers conceptually understand the rule of thirds but their photographs show that they in fact do not know how to execute it and how to perfect it. If you cannot execute and perfect the rule of thirds then you will have a tough time knowing when to break the rule which is the key to an artistic approach to photography.

I do not think you should be pushing boundaries or rules or principles until you understand them completely in theory and in practice. 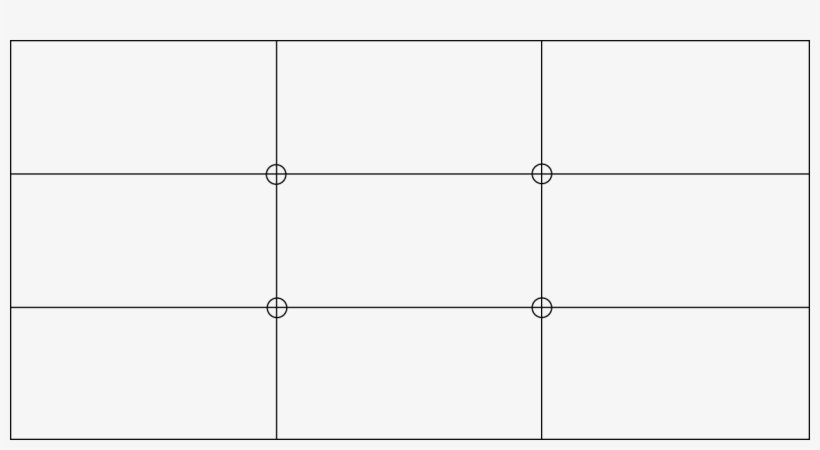 For example, this scene below, the sky is relatively uninspiring and most of the interesting part of the scene is in the foreground and midground so that is where I’ll put a majority of the scene.

Typically, when you are photographing a scene you can place the horizon on the top ⅓ portion of the scene. When shooting more complex landscape scenes you’ll want interesting foreground elements or leading lines to bring your eye back to the scene.

This photograph is of a calving that happened during a moody morning in Svalbard. In this scene I placed the interesting foreground iceberg in the bottom left corner and positioned myself to have the colourful blue iceberg in the top right intersection point. Although this is an interpretation of the rule of thirds, it’s close to following the general principle. Ideally, I would have angled the camera down further with the ⅔ of the interesting foreground and midground in the scene and positioned our zodiac to the right to ensure that colourful blue iceberg intersects right on that top right portion of the scene and then had the sun right in the centre of the background. As the viewer, your eye starts at the foreground and makes its way to the back of the scene. The rule of thirds when used correctly, helps move the viewer’s eye through the image. 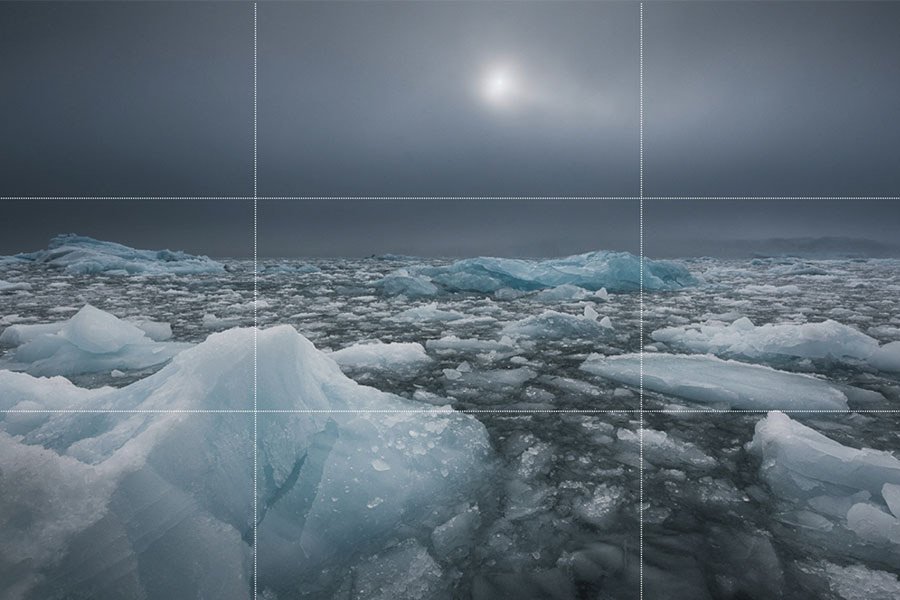 A mountain scene in Svalbard showcases the use of the rule of thirds with the top of the mountain just below the ⅔ of the photograph and some interesting light / point of interest placed on the bottom right intersection point. 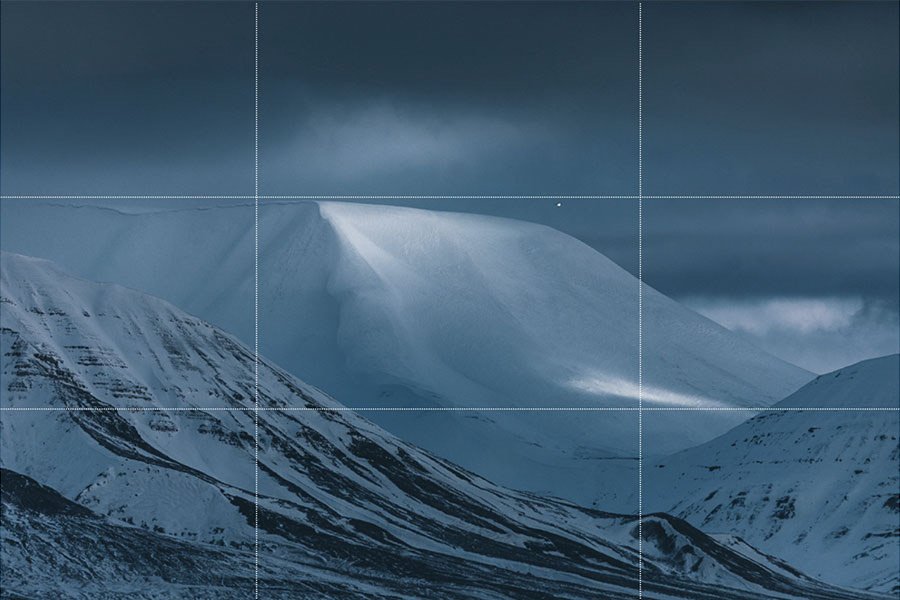 This scene was taken 83 degree north up in the sea ice or pack ice. Home of the almighty Polar Bear during the Fall and Winter months north of Svalbard. I placed the more interesting point of interest in the scene which was this bright blue ice and it helps guide the viewer’s eye to the back distant ice. Some amateur photographers may want to have ⅓ foreground and ⅔ sky but that would not look pleasing to the eye at all as there is no focal point in the sky or direction for the viewer’s eye to go. 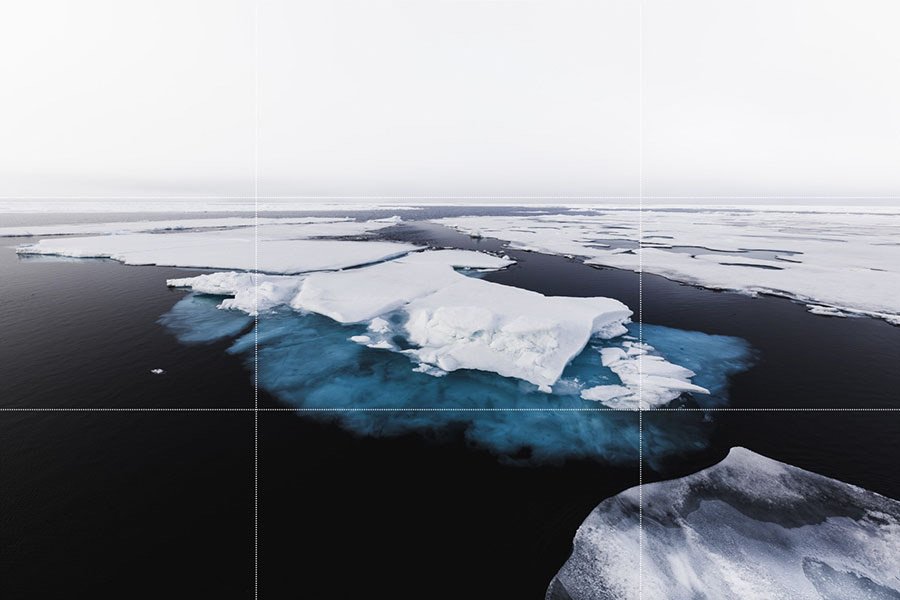 This landscape glacier scene is from Svalbard and this shows a bit of flexibility with the rule of thirds and showcases how it’s not exactly precise but the image is still strong. How this photograph was achieved was by showcasing more foreground with the interesting reflection and then having the midground or glacier show up just slightly higher than the ⅔ of the photo. 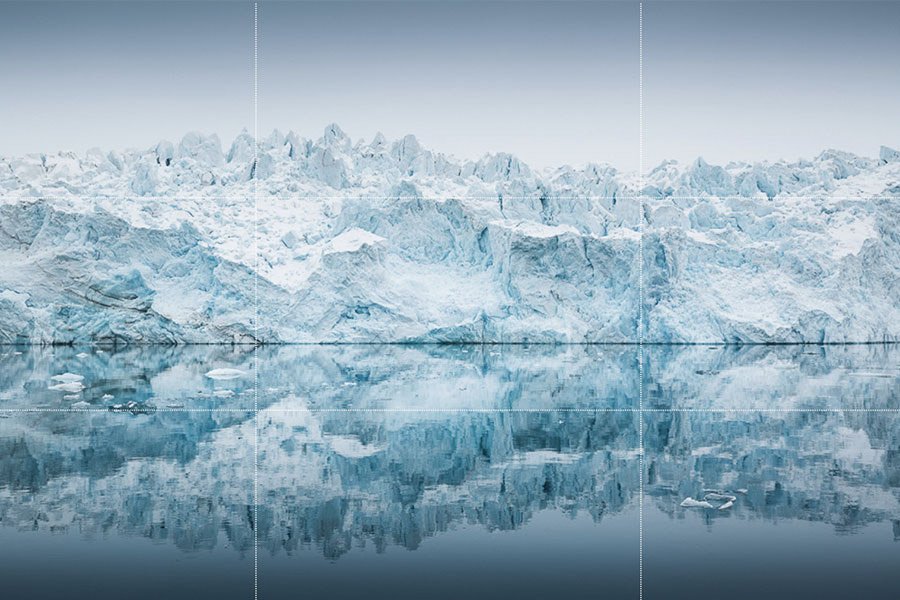 Using the rule of thirds for wildlife compositions is the fastest way to really create breathtaking images that are more dynamic.

One of the most important tips I teach my photography students is to set your scenes up with anticipated wildlife behaviour for proper compositional background management. First you must start with the rule in thirds in mind.

This photograph here is a single shot where I knew I wanted the eagle to intersect the top right intersection point as that is where my negative space was in the scene. The eagles were flying in a relatively predictable way so I knew to position my focus points in the top right corner and the rest of the scene would fall into place.

Most photographers shooting birds in flight would probably shooting with the AF selection points in the middle as they are the fastest and most responsive but in this case I had plenty of natural light and the eagle was easy to find in the viewfinder so I could track it and capture a sharp shot quite easily.

If you cannot pull off the rule of thirds while shooting in the field you can always do a crop adjustment in post processing, but I rather nail the total shot  in the field with technical and artistic composition proficiency. 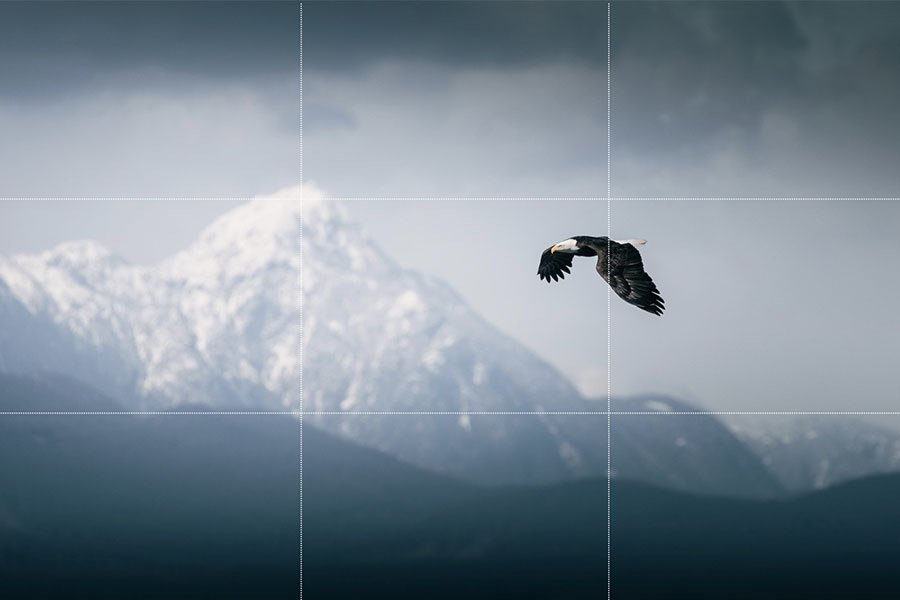 The example of Rule of Thirds for wildlife compositions below showcases a spyhopping Orca intersecting on the bottom left hand point. The scene is then divided into the three horizontal sections. The foreground is the first section ⅓ of the photo, then ⅔ is the mountainscape in the background and then the sky is the remaining ⅓. Overall the foreground and midground make up ⅔ of the scene with the sky and negative space as ⅓. A bonus to this orca scene is the dorsal of the female popping up above the water intersecting in the other interesting intersection point. The main focus however was setting up the rule of thirds for the total scene and then placing the focus point where I could easily put the subject as it came into the scene. 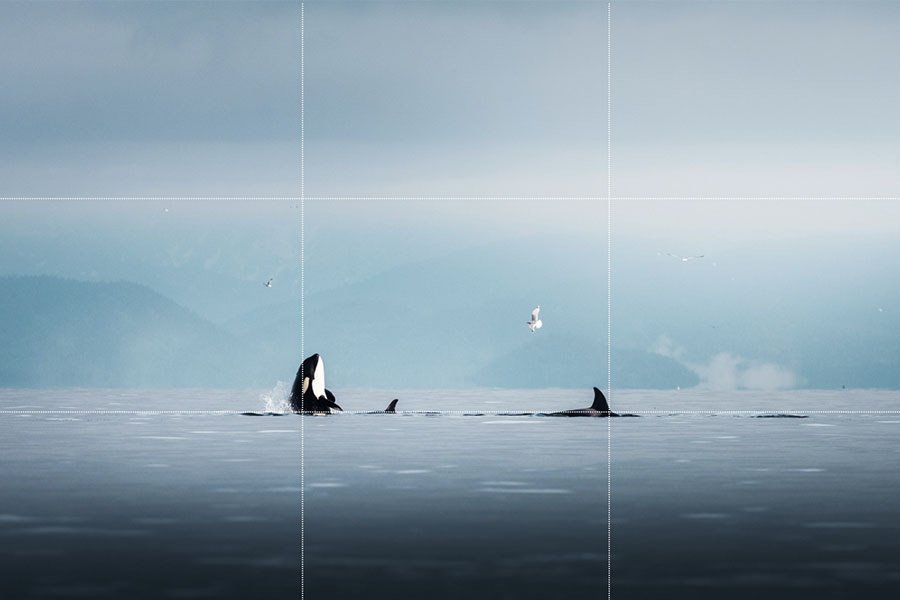 Typically when shooting wildlife, the rule of thirds needs some flexibility. For example, my photograph below of this Grizzly from the Great Bear Rainforest has the bear on the left hand side moving towards the negative space on the right. You must give more space to where the animal is headed rather than where it’s been. The eye and head in this case are closer to the centre but the body and the majority of the subject are in the intersecting points. I see my students try to get that intersecting point on the eye but that really stresses the perimeters of the scene and isn’t pleasing to the eye. In addition to using the proper intersecting points for rule of thirds, my focus was to have the less distracting background as the ⅔ majority and the foreground just takes up the ⅓ of the scene. In addition to the rule of thirds rules here I had some natural light in the top right corner of the scene which balances the overall image nicely. 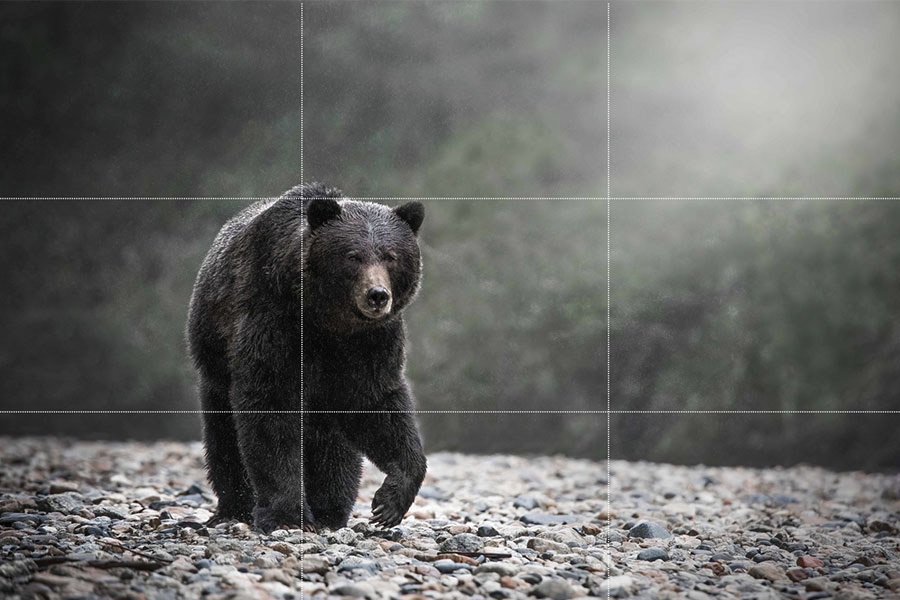 To expand on my approach of the rule of thirds, is that I am always intentionally placing the subject in the most interesting areas of the photo. This is a skill that needs to be second nature and as I stated previously, most people understand the rule of thirds, but can they execute it in the field while working with all of the camera settings, weather, environment and wildlife.

I want to showcase several examples for wildlife photography and the rule of thirds so that you can see the pattern that exists in each photograph that properly follows this rule or principle.The hungry black bear eating the salmon showcases the bear standing directly straight onto the camera but the head is looking to my left and therefore I would place the bear on the right hand side of the viewfinder in those intersecting points and leave space to where the bear is looking and potentially heading. In the foreground and midground you can see there is quite a bit going on and this provides context to the subject and overall scene so I have ⅔ of the scene as foreground and midground and then the last ⅓ of the scene is the background above the horizon. 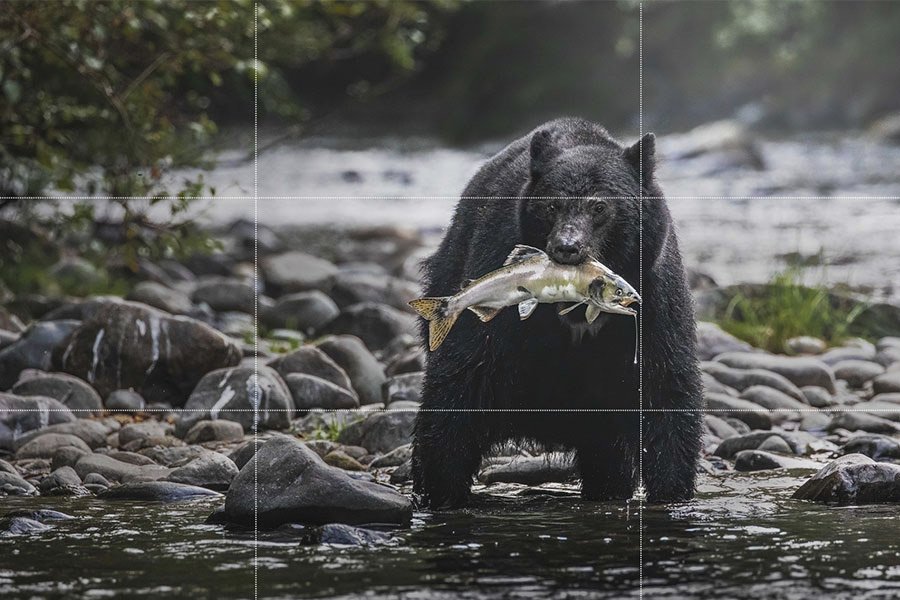 Another example photograph of mine using the rule of thirds with wildlife and this jackal. 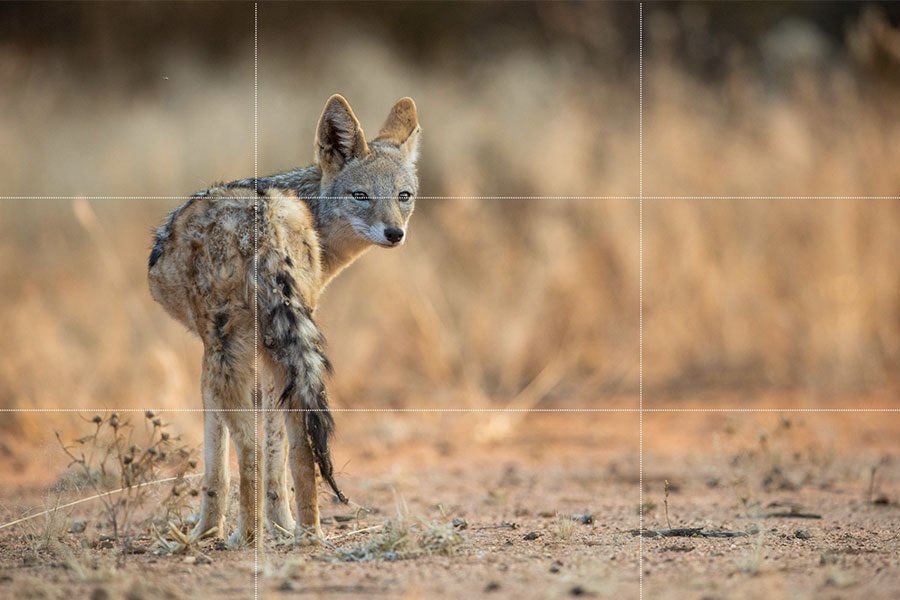 Overall, thoroughly understanding the rule of thirds will result in better photography results. It’s as simple as that, when you’re out in the field having intention with your scenes will transform your photography. As a professional photographer, I am still working on getting better at anticipating scenes and compositions especially with fast moving wildlife in order for my work to stand out. Now that you have some concrete examples and a clear explanation of the rule of thirds, go out in the field and build the muscle memory with compositions and your camera settings.

Join us on a photo expedition! 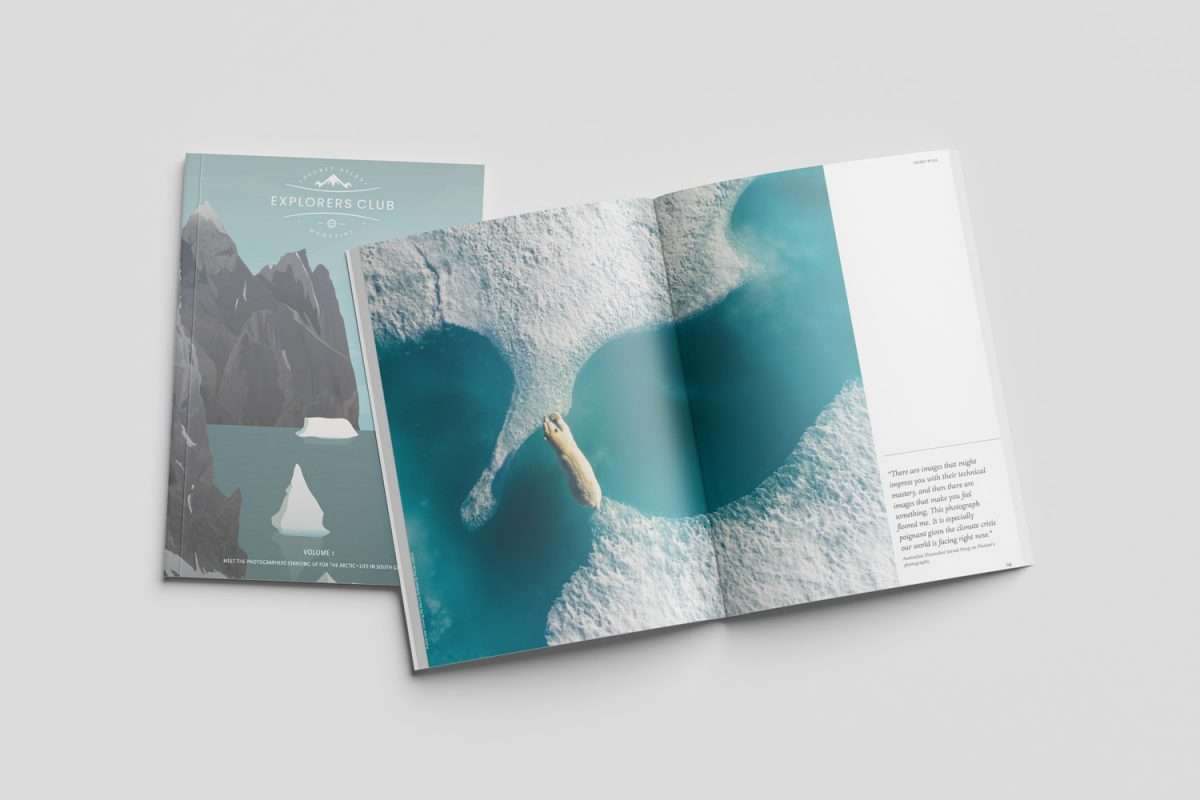