Request A Call Back

Please enter your details to receive your brochure.

Please choose the 'SAVE' option
to start your download.


You will receive the brochure in
your downloads folder.
If you have any issues
please Contact Us.

A new species of puffin has been discovered on a remote Arctic island in the Svalbard Archipelago which lies between Norway and the North Pole.

Whilst scientists on Svalbard had been searching for the Purple Razor Billed Puffin for over a decade, it was in fact a photographer who snapped a photo of this mythical seabird.

Chase Teron was scouting locations for a Secret Atlas photo expedition when he made the startling discovery.

‘I went ashore and it was just sat on the rocks watching me’, said Chase, who is an avid wildlife photographer. He managed to snap several clear images of the previously unphotographed bird. ‘It was just staring at me. It had a certain evil look about it.’

Whilst this confirms the discovery of a new species on Svalbard, anecdotal reports of the Purple Razor Billed Puffin stretch back for hundreds of years in the Arctic. Early explorers documented an aggressive bird with a bright purple beak, saying they didn’t know whether to laugh at or fear for their lives. On several expeditions in the early 19th Century, explorers awoke from their camps to discover their entire group of huskies mysteriously pecked to death.

In Longyearbyen, the most northerly town on Earth, researchers at the world’s most northerly university working in the Department of Unidentified Flying Species, verified Chase’s images.

‘For us this is the Loch Ness Monster of finds in the Arctic.’ said Prof Jane Smew, a researcher at the university.

Unlike normal puffins, which have an orange beak and a mild demeanor, the purple bill variety has razor-sharp teeth and is known to be highly aggressive.

Prof Smew added: ‘I have studied a rare pink polar bear and a tuskless sinking Walrus, but this is truly remarkable.’

The purple puffin is thought to be highly aggressive

A local resident of Longyearbyen who asked not to be named commented ‘Our ultimate fear has come true.’

The government swiftly responded by declaring the remote island off the coast of Svalbard off-limits due to the unprecedented danger it poses.

‘We will do whatever it takes to keep residents and visitors safe from this unimaginable foe’ said the governor.

By lunchtime, the local authorities had erected warning signs around the settlement urging residents to take extra caution when leaving town.

Roadsigns warn residents of Longyearbyen of the threat posed by puffins

The locals are used to living alongside dangerous wildlife as polar bear and human conflict has increased in recent years due to climate change.

Secret Atlas tour guide, Simon Whistler, who was busy getting his family on the first flight out of Longyearbyen said: ‘Puffin to human conflict had been unthinkable, but now I fear for my life.’

If you’re interested in joining an expedition in search of the mythical Purple Razor Billed Puffin, see our voyages.

This article was published on 1st April 2021.

Did you enjoy this article? Sign up below to receive new articles to your inbox and be the first to know about new tours and the occasional offer. 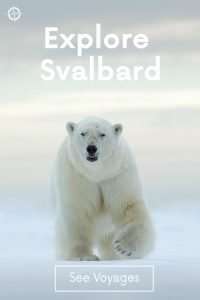 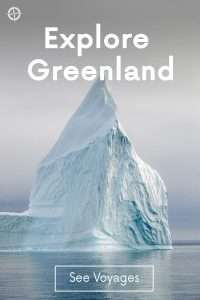 Join Waitlist We will inform you when the product arrives in stock. Please leave your valid email address below.

There are no products in the cart!
Continue Shopping
0
Next Up

[vc_row el_class="column-narrow"][vc_column][vc_empty_space][vc_column_text]Greenland is one of the most unknown and isolated places in the world. Here are fifty of our favourite…

25 Best Places to visit in Norway